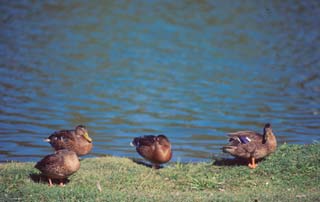 During the past 15,000 years the Gabriolino mission indian tribe, or "Tongva" used this area of hills and valleys for hunting and gathering.

In the late 1800's oil was discovered in the Brea area. Oil-Boom conditions existed, the drilling began on what is now Craig Regional Park-Fullerton in the early 1900's. Oil wells and tanks dotted the landscape, peacefully coexisting with grazing cattle and horses. After a devastating and tragic Orange County flood in the 1930's the U.S. Army Corps of Engineers built the Fullerton Dam (completed in 1941), thus minimizing future downstream flood damage. This "flood basin" later provided an ideal site for a Regional Park.

Craig Regional Park was named in honor of Mr. Ted Craig, a long time public servant in Orange County. Mr. Craig was elected to the Brea City Council in 1928 and served four years, the last two as Mayor. Craig also served in the California State Legislature representing Orange County during the 1930's.

During his tenure, Craig served as Assembly Speaker and Regent of the University of California in 1935-36. Mr. Craig retired after eight years in the State Legislature and was the Orange County Legislative Advocate in Sacramento. He continued to be active in the County projects until his death in 1979.