Tri-City Regional Park is located on the site of the Tuffree Reservoir, built in the 1870s to provide irrigation water for local farms. Urban development in the 1950s and 1960s led to a reduction of agriculture in the area and a greatly diminished need for the reservoir. In the mid-1970s, the cities of Placentia, Brea and Fullerton established an Authority to develop the reservoir and adjacent land into a public park. Working in tandem with the County of Orange’s Harbors, Beaches and Parks District, the Authority acquired the property and built Tri-City Park.  In October 2011, the Tri-City Park Authority requested that the County of Orange include the park in the County’s regional park system. On December 18, 2012, the County Board of Supervisors approved the request. On January 5, 2013, the County’s OC Parks Department began operating the park as “Tri-City Regional Park.” 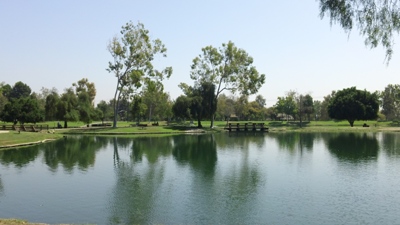