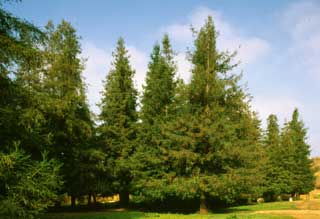 The area of Carbon Canyon known as Olinda, was settled by farmers and ranchers before the 1880s. The arrival of the Santa Fe Railroad instigated a land boom in the area. Farmers and ranchers believing they had found an agricultural haven, flocked to the area. Cattle and sheep were pastured in the open field which is now the park. However, the farming which existed was to gradually give way to a new commodity...oil. In the late 1800s the oil boom was on. A multiple of oil companies drilled the foothills of Orange County. Oil towns developed with the company owning the houses, stores and the land. One such town was Olinda, located on what is now park land. Olinda thrived as an oil boom town until the fields began to shut down in the 1940s.

As Orange County grew, demand for protection from floods also grew. One source of flood damage was Carbon Canyon Creek itself. The area was studied and it was concluded that an earthfill dam at the mouth of the canyon would be most effective. Work began on the project in 1959 and by 1965 a 114 acre area upstream from the dam was chosen as the site for Carbon Canyon Regional Park, which was opened to the Public in 1975.

The last physical evidence of the community of Olinda became a memory with the development of the dam, but unlike most areas in this modern day of construction and development, Carbon Canyon has returned to its more natural state.

Carbon Canyon Park is surrounded by private property on most park boundaries. However, Chino Hills State Park now links with Carbon Canyon at the very east end of the park entrance adjacent to the native garden, butterfly garden and amphitheater. Vehicle entry into Chino Hills is only available off of Highway 71 and parking is limited at Carbon Canyon Park.